Sub-surface examination of skin
The SkinLite II represents the latest advancement in skin examination technology, offering skin care practitioners both a broad and sub-surface view of the skin.

As with the popular and complimentary SkinLite, the SkinLite II represents a revolutionary new standard in skin examination tools, revealing sub-surface skin structures that would not be visible otherwise to the naked eye or with traditional examination tools such as magnifying or woods lamps that only examine the skin’s surface.

Wider and Broader View
The SkinLite II utilizes the SkinLite’s ground-breaking and patented cross-polarization technology which reduces surface reflection from the epidermal layer to achieve a unique sub-surface view into the skin.

The SkinLite II has been developed, however, to offer practitioners a sub-surface view of the skin that can examine a significantly larger surface area of skin than the standard SkinLite, in order to perform uniquely thorough, yet general, overall skin examinations.

0
Can't find what you are looking for? We pride ourselves to be the experts in sourcing the best products to suit our clients' needs, just send us a request by clicking here and we will go out of our way to assist you 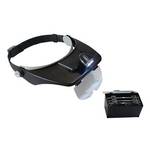 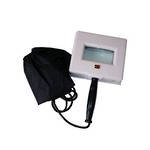